Sera4 selected to present at Startupnight

We are honoured to be selected to present at Startupnight in Berlin on September 8, 2017.  Can’t wait to share our innovative technology with the audience in Germany. Thanks to Communitech for the referral.

July 31, 2017 Sera4 Conference Comments Off on Sera4 selected to present at Startupnight 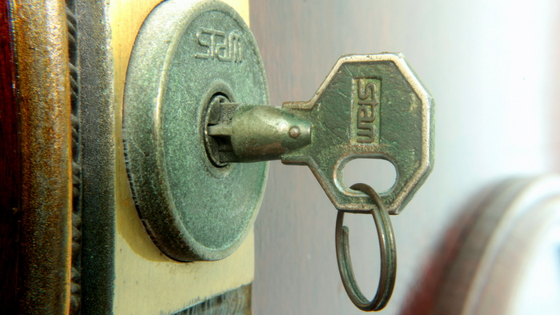 Why Businesses Need to Retire the Master Key

At Sera4, we make physical assets easily accessible to people who need to get to them, while keeping them safeguarded from others. Many of the companies we help are working to solve a problem with theft and vandalism. I was surprised when I learned that in almost all cases, the majority of theft was from people who were entrusted with a key.

The companies we work with want to protect sensitive points in a network or service. To do this, they build physical walls around these sensitive points and put locks on the doors. Access is given out to the people who help maintain, facilitate, and run these points. This could be a large employee base, or a contractor force.

From here, companies have faced a choice. They can either choose to maintain their security by limiting the number of keys that are distributed, which becomes inefficient in having to pass physical keys, or they make multiple copies of a key.  Most companies opt for speed and efficiency over maximum security. They elect to trust the employees and contractors who have signed contracts, and issue them all keys. In extreme cases, all the locks are keyed to the same cylinder or all combination locks are set to the same sequence.  Thus, the Master Key. While it is a simple and easy solution for access control, the employees and contractors are now aware that their colleagues also have the same keys they do.

A desperate contractor or employee finds courage behind the curtain by anonymity. They reason that they can steal with low risk because they know that when the company discovers a problem, they will hide in a sea of others who are all holding the key that opened the door. And usually, they are right. Add to this that putting something behind lock & key adds to perceived value, and maybe there is more theft with the locks on than with no locks at all.

With smartphone-based access control, anonymity is removed. Anyone who opens a lock is reliably identified by their phone.  This removal of anonymity has been proven to dramatically reduce the occurrence of theft. Since the black market value of the things that are stolen is just pennies on the dollar, I think there is an opportunity here for everyone involved to come out ahead.

Sera4 will be exhibiting at the TowerXchange Africa Meetup, which takes place October 3-4, 2017 in Johannesburg. This event is focused on the telecom tower industry. We look forward to reconnecting with our friends, customers and partners.

Sera4 featured on the front page of The Record

WATERLOO — When David Coode joined a startup that was making money, hiring staff and expanding its customer base in Latin America, one of his top priorities was …read more

July 4, 2017 Sera4 Business, General, News Comments Off on Sera4 featured on the front page of The Record